I literally went crazy just to party in Cebu Sinulog 2013!

The Sinulog trip was planned by the Kaladkarins ages ago, but me being me, I was hesitant to book a flight. So I didn’t. And thus began my crazy journey just so I could join the party in Sinulog 2013. 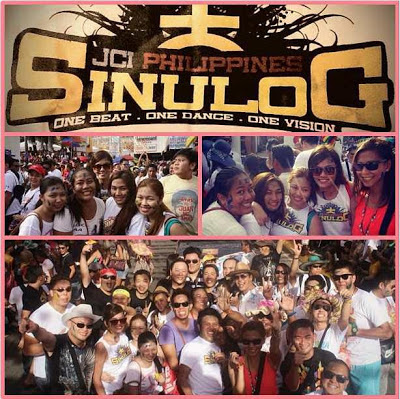 The week before the festival, I got assigned in Dumaguete and Bacolod for work. Dumaguete/Bacolod is just a ferry away from Cebu. Fortunately, some of my friends who were planning to attend SInulog 2013 got assigned in Bacolod too.
We had a bit of time to spare and played tourist in Bacolod. There wasn’t really that much to see, but “The Ruins” literally took my breath away. The locals said that it was an old house that got burned down. Some of the infrastructure remained and they converted it to a tourist spot. It sounded dubious when we first heard about it. I mean, who would be interested to visit a burned house? Boy, I was so wrong. It was way beyond our expectation.
The following day, we traveled to San Carlos to catch the afternoon ferry going to Cebu. San Carlos City is a good three hours drive from Bacolod City. Lo and behold, the ferry trip was cancelled by the Philippine Coast Guard due to “big waves”. Noooooooooo! The party! I was really looking forward to the party that my friends in Cebu arranged that friday night. Gaaaaahd! I was so down that even food couldn’t cheer me up. Waveeees! Why oh why now? Sinulog!
In the end, we decided to stay the night in San Carlos City and catch the earliest ferry to Toledo City. The locals in San Carlos told us that the weather and waves are always better in the morning than in the afternoon. We drowned our misery with beers in the hotel. I even learned a new drinking game! Yeay! They call it the “Cardinal Puff Puff”. I thought it was an easy game, but I guess when you’re drunk nothing is easy.

Woke up early the next day to get our tickets and catch the ferry. And it seems that fate doesn’t want us to go to Cebu City. The person that we paid to get our tickets, did get a ticket. A TICKET, just 1. There are 4 of us travelling and that 1 ticket is definitely no good. The guy that we paid was given a number the previous day and he thought that he could buy 4 tickets with just 1 priority number. They didn’t tell us that 1 priority ticket = 1ferry ticket. Gaaaaaah. So I was on the verge of crying again. I mean, what to do? Good thing the guys kept their calm while I was busy being a girl. Still drunk, sleepy, and on the verge of crying. Sorry friends, I did seem shallow and stupid back then! LOL. So we drove down to Guihulngan and try to see if there are any ferry schedules going to the Island of Cebu. We got lucky here, because there’s a ferry by 9 AM that’s going across. And by lunch time, tadaaaaaaaaaaaa! Hello Seybuh! Hello Sinulog!
It was my first time to attend Sinulog, and I assure you it was worth all the trouble! I was finally reunited with my friends. I really enjoyed the street party. It was crazy and dirty. Everyone was in a festive mood that it’s okay for random bypassers to smudge your face with face paint. I guess no one was clean and paint free in Sinulog.
I generally hate crowds, but this Sinulog Crowd is so fun that I didn’t mind the humidity, warm beer, and blazing sun. I am so looking forward to next year’s Sinulog! Pit Senyor!
* Disclaimer: I do not own any of the pictures below*
Just wanna share some of the photos that I grabbed from my friends’ facebook page~ 🙂